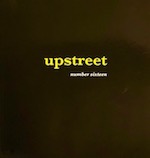 Midge is interviewed by Longitude Books about writing, travel, research, Antarctica, and My Last Continent.

My Last Continent is featured on the paperback Indie Next List.

My Last Continent is shortlisted for the 2017 ASLE (Association for the Study of Literature and Environment) Book Awards.

Midge's article "Killing One Animal to Save Another? Shelters and Rescues Going Veg" is published in Barefoot Vegan Magazine.

Midge talks to Jasmin Singer about My Last Continent in this interview on the Our Hen House podcast.

Midge's essay "No one mourns an unnamed animal: Why naming animals might help save them" appears in Zoomorphic.

Jessica George reviews My Last Continent for The Goose: A Journal of Arts, Environment, and Culture in Canada: “My Last Continent is a welcome addition to the growing catalogue of climate change fiction. It is a bold and informative investigation about the meaning and labour of love at the end of the world."

The Otago Daily Times of New Zealand reviews My Last Continent: “This is a beautifully written, moving, and gripping debut novel."

My Last Continent is reviewed by The Independent (UK) : “[A] unique scenario as refreshing as it is poignant…a completely absorbing and sobering tale [that] leaves you with a far greater appreciation of a searingly beautiful world..."

Join Midge and KPBS Midday Edition host Maureen Cavanaugh at 12 noon for a chat about My Last Continent, Antarctica, and the role of fiction in environmental issues.

Midge is interviewed by the San Diego Union-Tribune.

Join Midge on a blog tour ahead of the UK publication of My Last Continent.

Midge's article, "Antarctica: A continent of contrasts and conflicts," is published by Australia's Daily Review.

My Last Continent, "a gripping love story set against the icy waters of Antarctica," is featured in July's Goodreads Debut Author Snapshot.

Tune in on Monday, June 27, at 9 a.m. to Jefferson Public Radio's Jefferson Exchange, where Midge will talk with host Geoffrey Riley about the Antarctic, penguins, writing, My Last Continent, and more. Click here for call-in information.

My Last Continent is reviewed in The Seattle Times: "Raymond shines in capturing a shivery sense of place, in taking us somewhere most of us will never go."

Midge talks with the Ashland Daily Tidings about Antarctica, penguins, writing, and My Last Continent.

My Last Continent, "a luminescent, double-layered love story," is featured in The Oregonian, with a Q&A and excerpt.

Win an advance copy of My Last Continent on Goodreads! The giveaway ends June 20, 2016.

The Minneapolis Star-Tribune includes My Last Continent on its "hottest fiction of the summer" list: "Midge Raymond’s debut novel is a sensitive exploration of how even the smallest action can ripple through an ecosystem—seemingly impenetrable, but as fragile as the human heart."

My Last Continent is on July's Indie Next List!

Library Journal reviews My Last Continent: "Atmospheric and adventurous, Raymond’s debut is for readers who like their romances in unexpected, faraway settings...the story and vivid writing will keep readers glued to the pages."

Booklist reviews My Last Continent: "Raymond's masterful debut contemplates the ecological and emotional dangers that lurk within and without uncharted waters."

My Last Continent is among Bustle's Books That Are Bringing The Heat This Summer.

Kirkus reviews My Last Continent: “An atmospheric tale of love discovered, and losses endured, in Antarctica. … The unpredictability of the splendors and terrors of life at the southern pole creates a backdrop of foreboding entirely appropriate for the story's cinematic resolution [and] the authentic rendering of the setting distinguishes Raymond's novel from other stories of love in perilous times and places."

Win an advance copy of My Last Continent on Goodreads! The giveaway ends March 5, 2016.

Midge talks about writing, place, process, and her forthcoming story "Infant in Arms" with the editors of Yemassee Journal.

An excerpt of Midge's story "First Sunday" (included in Forgetting English) appears in the summer issue of The Vignette Review.

Midge's article "My Book Is a Year Old, Now What? How to Keep the Buzz Alive" appears in the July/August issue of Poets & Writers magazine.

An excerpt of Everyday Book Marketing is published in Author Magazine.

Midge's story "Three Things I Used to Know" is published in Potomac Review.

Find out how to "Think Like A Writer Every Day, Even If You Can’t Write Every Day," in this post on The Creative Penn.

Midge's story "Accidents" is reprinted in The Lascaux Review.

Midge offers a series of 5-minute prompts for summer writing at the Author Exposure blog.

Check out these 3 writing tips and prompts to keep your writing going in "Finding Room to Write This Summer" on The Alchemist's Kitchen blog.

Midge talks with Sheila Bender of Writing It Real about everyday writing, publishing, and the writing life.

Keep your writing going this summer with these summer writing prompts on The Lively Muse.

Get tips and prompts for how to be an everyday writer in this Mojo Monday post on Writerhead.

Learn "5 Ways to Make Time for Creativity" in this article at StyleSubstanceSoul.

Check out this Q&A about being an everyday writer with Erika Dreifus in The Practicing Writer.

Midge writes about being an everyday writer on the Passages North literary magazine Writers on Writing blog.

Read an excerpt — and try a few writing prompts! — from Everyday Writing on Jane Friedman's blog.

Midge is featured on the Seattle Wrote blog, in this Q&A on writing, publishing, and Forgetting English.

Midge's story "Side Effects" appears in the Winter 2012 issue of WomenArts Quarterly Journal.

Midge co-authors the article "40 Prompts to Get You Writing" in the February 2012 issue of The Writer magazine.

Midge's story "Fire Season," from the Spring 2011 issue of Bellingham Review, is nominated for a Pushcart Prize.

Midge's story "Water Children" appears in the November issue of Conversations Across Borders.

Midge's feature article "Fixes for Your Fiction: Too Much Information" appears in the November issue of The Writer magazine.

Midge talks about the state of Writerhead with Kristin Bair O'Keeffe.

Midge's story "The Longest Part of the Night," winner of Redivider's 2011 fiction contest, appears in Redivider.

Midge wins Redivider's fiction contest for her story "The Longest Part of the Night."

Midge's story "Never Turn Your Back on the Ocean," which first appeared in Roanoke Review, is now available on the Kindle.

Midge's story "Beyond the Kopjes" is now available on the Kindle.

Check out Love in the Time of Amazon.com -- an award-winning book trailer (of sorts) about love, obsession...and sales rankings.

Midge's story "Two Lies and a Truth" is reprinted in the Fall 2010 issue of Crab Creek Review.

Midge's story "Anodyne" is reprinted in the Fall 2010 issue of The Summerset Review.

Midge and other local writers talk about writing groups in the article "Finding Your Writing Community" in the September 2010 issue of Seattle Woman magazine.

Midge's story "Santorini" is reprinted in the literary journal of the Santa Fe Writers Project.

Midge talks about writing, travel, and relationships with StyleSubstanceSoul.

Midge's story "The Gospel of Thomas" appears in the inaugural issue of Seattle's The Wanderlust Review.

Midge is interviewed by The Short Review...

Forgetting English is #2 on the list of Seattle Books Examiner's Best Books of 2009.

Midge is one of 16 artists awarded a 2009 Artist Trust Fellowship Award. The award recognizes an artist’s creative excellence and accomplishment, professional achievement and continuing dedication to their artistic discipline.

Forgetting English is one of Seattle Books Examiner's Best Beach Reads for Summer.

Forgetting English has been chosen as a June Book Club selection by ForeWord Magazine -- with a free download of the story "The Ecstatic Cry" available from June 10-17, 2009.

Check out an interview with Midge by Diana Joseph, author of I'm Sorry You Feel That Way and Happy or Otherwise.

The Spring/Summer issue of Roanoke Review is hot off the presses, featuring "Never Turn Your Back on the Ocean," which is also included in Forgetting English.

Forgetting English is available for pre-order from Amazon.